History of the Port Library

The old Port Library on Main Street in Beloit was the public library of Beloit, Kansas from 1932 to 2012.  It was named for the donor of the building, Mrs. Emma Port.  Mrs. Port built her home in 1914 and on her deathbed in 1931 gave the home to the city of Beloit for use as a library.  The library operated out of the Port House from February 1932 to June 2012.  For 80 years the building served as a fine library but time took its toll and the needs of a modern library could not be met in the historic house.  In June 2012 the library moved to a new location on the North Campus in Beloit (1718 N. Hersey) and took up residence in a renovated and converted correctional facility cafeteria. 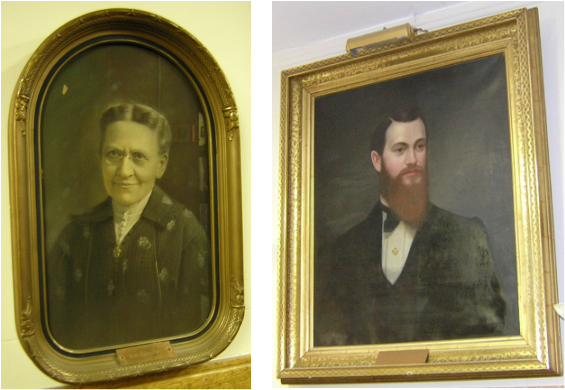 At left, Emma Port, donor of the Port Library at 311 W. Main. At right, George W. Port, Emma's husband. GW Port passed before his wife and never lived in the home Emma built.